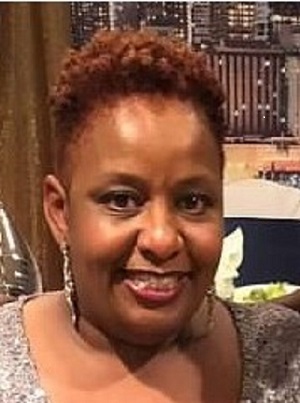 I am a 9-year resident of Piscataway but a lifelong resident of Middlesex County, having grown up across the river in New Brunswick.  I hold a B.S. in Marketing from Tuskegee University in Tuskegee, Alabama, and have worked at my company for the last 28 years as an operations leader.  Currently, my children & I are members of Abundant Life Family Worship Church in New Brunswick, where we enjoy both the spiritual guidance received and the comradery that exists among the members of that house of worship.

When I moved to Piscataway in 2010, my children & I were immediately embraced by our neighbors.  I was struck by and somewhat in awe of, the friendly and welcoming attitudes of the neighbors.  Not only were instant friendships formed, but the diversity indicative of our town is highlighted on my street.  I instantly knew I had made the right choice in moving to this town.

In town, I’ve worked with our local soccer club as a volunteer assistant coach for my daughter’s recreational soccer team and organizer for my son’s travel team fundraisers.  At the high school, I’ve participated in Booster Club volunteer opportunities as a way to stay involved and connected there.  Outside of Piscataway, I’m on the Board of Directors for the New Brunswick Education Foundation and a member and immediate past President of the Ebony Suburbanites, a grass roots organization that sponsors an annual debutante cotillion for Black youth.

I’ve never run for political office before, but I am one to always be part of the solution, not the problem.  I don’t just talk about issues, I get involved.   As our society changes and evolves, Piscataway should be changing with it and reflecting the wants/needs of its community.  So often, I hear dissatisfaction amongst my neighbors with the goings on in town, and people in the community feel like they’re not being heard.  Becoming a committee woman for Ward 3, District 5 allows me to be a voice for the community that embraced me.  I don’t profess to have all of the answers, but I do know how to ask good questions and I’m not afraid to speak up for my neighbors and friends. 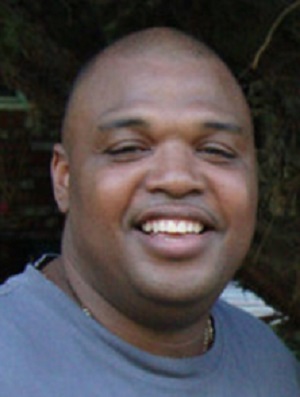 Officer Mackey started in Law Enforcement in 1993 as a provisional Sheriff’s Officer with the Essex County Sheriff’s Department. Officer Mackey graduated the Somerset County Police Academy in August 1994. He spent seven years with Conrail and Norfolk Southern Railway Police. In January 2001, he joined the Somerset County Sheriff’s Office. After a year, he was selected to be the School Resource Officer. He is certified as a G.R.E.A.T (Gang Resistance Education and Training) Officer and as an instructor for the Phoenix Program (Gang Prevention).

Officer Mackey is the President of the Somerset County Juvenile Officers Association. He is also the President for the State Juvenile Officers Association where he holds monthly meetings to share information with other juvenile officers throughout the state. He is a member of NOBLE (National Organization of Black Law Enforcement Executives) and a member of Vicinage 13 Minority Concerns Committee.  Officer Mackey is running for Committee to make sure Piscataway is a safe and fair community for all of our residents, and to be sure all of our concerns are heard.