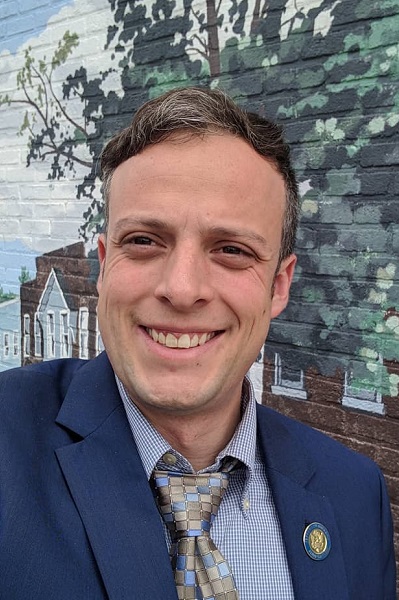 Charlie has lived in New Brunswick for over fifteen years, graduating from Rutgers University in 2009 with a degree in journalism and media studies.  Charlie lives on Suydam Street and has advocated for progressive policies at the state and local levels, working for organizations including Food & Water Watch and The Citizens Campaign. In college, he volunteered with the Institute for Domestic and International Affairs hosting Model United Nations and Model Congress for high school students, and he also served on the Board of Directors of the Rutgers University Student & Alumni Federal Credit Union.

Since graduating from Rutgers, Charlie has started multiple news organizations, including the award-winning local publication New Brunswick Today.  He is currently the Editor of New Brunswick Today, a position he has held since 2011.  Charlie ran for Mayor of New Brunswick in 2018, earning the support of more than 1,800 voters throughout the Hub City.  He also received the prestigious NJ State Governor's Jefferson Award for Public Service, considered America’s highest honor for public service and volunteerism.  Charlie is running to give power to the people of New Brunswick and, if elected, he intends to be a vocal advocate for everyone here and address the most pressing issues in our neighborhood.